Cutworms are the larvae of various species of moths. Different species of cutworms vary in color from a dull brown to gray, black, or green; and can exhibit spots, stripes, or solid colors.

They are typically 1 to 2 inches long and when disturbed tend to curl up into a C-shape. The most common varieties feed in their larval form for two summers, overwintering in the soil, then mature into moths.

Cutworms can be found on or just below the surface, and generally feed at night.

Cutworms are so named due to their tendency to clip off seedling stems near or just below the soil's surface. They do the most damage at the beginning of the gardening season.

The starts of most garden crops are highly desired targets, and some species will chew leaves or bore into the heads of lettuce or cold crops such as cabbage. Young fruit or vegetables can be attacked as well.

In most cases they destroy the entire plant. They also feed on the blossoms and leaves of many ornamental plants. Their damage appears similar to that caused by slugs, minus the slime trail.

After noticing damage to plants, the best way to identify the culprit as being a cutworm is to catch them in the act by inspecting your garden at night when they feed. Go out with a flashlight an hour after dark and you’re sure to find them.

If they do enter your garden, figure out how severe the infestation is to determine your best course of action and when to apply it.

Cutworms are prodigious eaters and can completely strip favored plants of foliage.

Though alarming, there may actually only be one or two worms on the affected plant. So unless many plants are being devoured a conservative approach is best.

Cutworms emerge in early spring, hungry and eager to sample what you have provided for them. The best time to start preventing an infestation in the spring is during late fall and winter.

Gather any infested material and remove it from your property. Plow or till your garden at the end of the growing season. Since moths favor weeds and tall grass to lay their eggs in, also mow areas near the garden and continue to weed through winter.

This will expose and kill eggs and destroy their winter habitat. Dig and till again in early spring to expose any larvae that managed to overwinter. If cutworms do manage to emerge in early spring you can delay planting and transplanting a couple weeks to cut off their food supply.

After transplanting or when seedlings emerge you can protect tender stems by placing a 3” high collar made from stiff paper, cardboard, pvc, paper cups, or toilet tissue tubes over them.

You can also sprinkle diatomaceous earth or eggshells around vulnerable seedlings. Perennial crops such as berries can be protected from climbing cutworms with sticky collars around the base of canes or branches.

If your garden is small or the number of cutworms low, handpicking them at night by flashlight may be sufficient. Introducing beneficial nematodes can help control cutworms as well.

For a more sizable problem, you may use a spray in conjunction with manual efforts. Extracts made of sagebrush have been observed to be a natural deterrent to cutworms.

Sprays containing bacteria, such as spinosad and baccillus thuringiensis are very effective controls.

Other pesticides are not very effective and are not recommended for cutworm control. Regardless of method/product used ALWAYS read and follow package instructions, and NEVER spray when beneficial insects are present.

Want a copy of this article?
Click to print.

The Best Practices approach, sometimes called Integrated Pest Management (IPM) is an environmentally sensitive approach to dealing with garden pests. Printable pdfs can be found on each page. 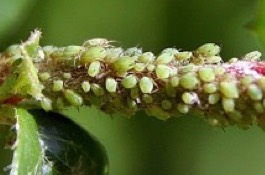 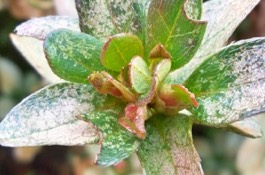 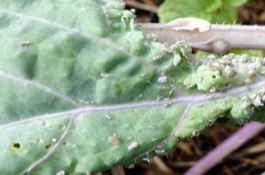 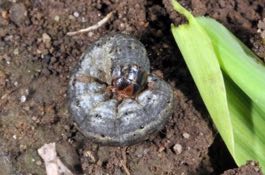 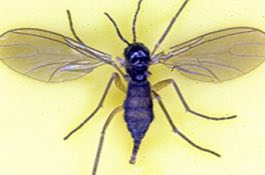 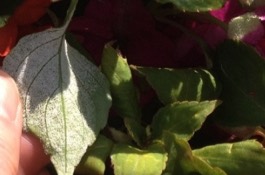 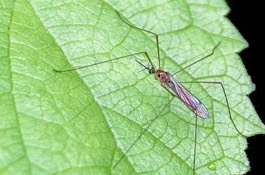 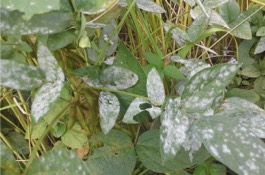 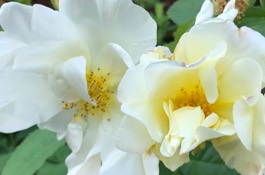 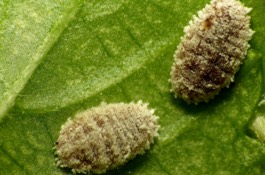 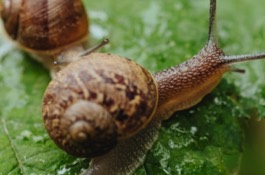 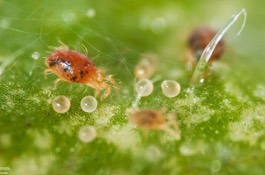 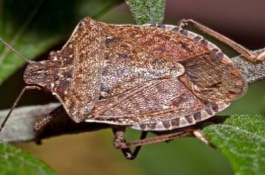