Is there a Phormium in your future?

Phormium, a native New Zealander, is a relative newcomer to the Northwest garden scene. It has long been grown in California as a strong growing upright and dramatic ‘ornamental-grass-on-steroids’ accent plant. Since its look tends to sell itself, this little blurb about Phormium is mainly to acquaint you with the varieties Portland Nursery usually stocks and to dispel some common misconceptions about its cultural care.

A peek at the Sunset Western Garden Book entry on the subject will show a low end zone rating of 7-9 (Portland is in zone 6 by Sunset zoning system) and warns of freezing potential in zones 5 and 6. While it is possible for Phormium to freeze in temperatures of 20 degrees and below, a quick look around town will reveal that freezing is not an inevitable destiny for Phormium here. A few cultural provisos will help.

Though this plant is often part of the California drought gardening palette, we recommend adequate water and fertilizer in our area to encourage a good deep root system. Our winter waterlogged heavy soils in combination with freezing temperatures can be deadly to a poorly rooted Phormium, but where plants experience improved soil drainage, regular water through summer and protection from desiccating winds in winter, New Zealand Flax will thrive. Planting early in the season to ensure plenty of rooting time can help as well. But, if Mother Nature throws a real arctic event we have to be philosophical.

An advantage we do have as a cooler growing area for Phormium is that the color in the foliage stays dark and full sun exposure tends not to bleach out even the lighter colors in the variegated varieties. They all make striking and unusual accents to our gardens.

All keep their leaves in winter, thrive in sun to part shade and perform well in containers, alone or with other plants.

Here are some varieties we normally have in stock. Stock varies, so check ahead if you are set on a certain variety. Click on photos to enlarge.

Pink in the center with bronze edges

Characteristics: Gardeners know it as a large and often colorful spiky plant that makes an arresting focal point in the garden or in containers. It has sword-like leaves that shoot up from the base of the plant and new hybrids are now available in shades of yellow, pink, red and bronze.

Phormium prefers a rich, moist soil and a location sheltered from harsh winds, but once established, the plants really aren’t fussy about conditions. Phormium can easily be grown in containers. Choose a rich, organic mix over traditional potting soil and keep the plants well watered in summer’s heat. Don’t allow the plants to experience frost. Phormiums can be grown indoors, either as house plants or under lights. The prefer cool temperatures in winter, but lots of sunlight.

Use phormium in place of Dracena or spiky Vinca in containers and in place of grasses in garden beds. Contrast Phormiums dramatic leaves with low growing, delicate foliage, such as perennial geraniums and coreopsis. Phormium can even be grown successfully in bog areas. Leaves can also be cut in the fall, for use in flower arrangements.

You can start new plants indoors by potting larger rhizome pieces and allowing them to grow a bit, before locating outdoors.

Pests and Diseases: Mealy bugs can infest plants and are hard to eradicate from inside the long leaves. Many times it’s easiest to just dispose of the infested plant.

Find the Perfect Grasses for your Garden

Grasses are a great choice to add structure, color and movement to the garden.

Work them into any garden style as focal points or accents and you'll be delighted with their graceful ease. 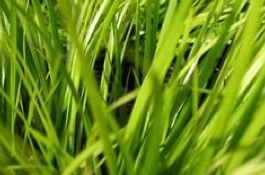 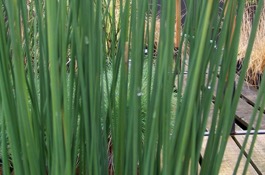 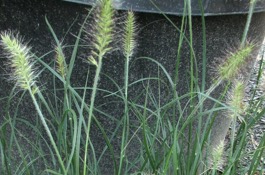